‘Frankenstein’s Telephone’ is a conceptual artwork created using artificial intelligence to examine how computer vision expresses gender classifications. Each of the images in the sequence  are snapshots of that document how various neural networks have generated an image based on a prompt phrase. The steps taken to create the sequence are as follows:

This work is an AI version of the game ‘telephone’ where a message is passed around a circle of players by whispering in a neighbour’s ear, who then passes on their version of what they heard. The resulting message is often humorously garbled. In ‘Frankenstein’s Telephone’, I am interested in the shifts pertaining to gender and personhood. The sequence of different AI systems reveals aspects of how AI classification works and, potentially, where bias occurs and which parts of the chain are weakest.

The red color in the segmentation assigned in DeepLab is ungendered. It simply stands for “person”. I believe that the simplicity of that classification category is what we should aspire to. As demonstrated in these works, however, some of these open source AI networks have been designed to ascribe gender. The discomfiting images of computer generated humanity calls to mind the story of Frankenstein’s monster, a narrative that many queer people, especially transgender people, identify with. The real monsters are the people behind the scenes that unconsciously perpetuate bias. The datasets used in these works are created by humans and are labeled by humans. The captions use gendered language written by humans and interpreted by machine. This is where the bias comes from, this is where the mistakes and misgendering occur. These machine generated conceptions of humanity, with their unexpected forms and eyes and mouths could be seen as modern monsters, but no less deserving of their label “person”.

J. Rosenbaum is a contemporary figurative artist working in 3D modeling, artificial intelligence and artificial intelligence and exploring the intersection of technology and art. Their most recent work has been in exploring the nature of Non Binary transness and their own genders and sexuality. In 2019 they are continuing their research into computer perceptions of gender with their PhD at RMIT.

Following a car accident that impaired Rosenbaum’s mobility they have turned their mind inwards exploring the nature of humanity, religion and gender through art. The human body has always been a source of fascination in Rosenbaum’s art with a focus on mythical and archaeological stories driving their progress. This fascination has continued with their Computer Generated works with a basis in classical art and history.

I respectfully acknowledge the Traditional Owners of the land that this work was developed on, being the Wurundjeri, Bunurong and Boon Wurrung, their spirits and Elders past, future and present. I also acknowledge that that sovereignty was never ceded and that these lands are aboriginal lands. 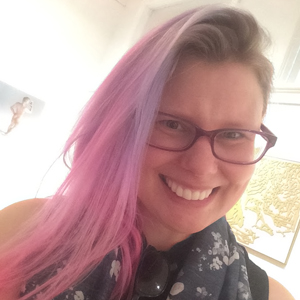 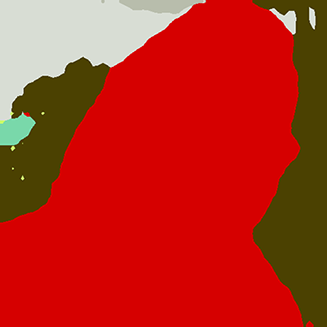 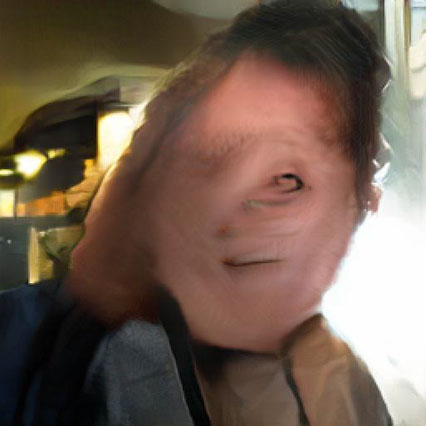 An AI Generated image of the artist from a selfie. The caption reads: 'a man in  a suit and tie is smiling'.

Supported by the City of Melbourne COVID-19 Arts Grants